All good things are difficult to achieve; and bad things are very easy to get. -Morarji Desai

Today's plan totally went to Hell, BlogLand. That's okay, though, these things happen. Here's how it went down.

I had plans to head to CrossFit this morning, but I woke up, got out of bed and was stiff (it's almost like I did something yesterday...), and really tired (it's been a long week.). It was supposed to be a double-up day (CrossFit, and then a short run at some point), but I just didn't have it in me. My body was pretty spent from yesterday's run, all the overtime this week and life in general.

I elected to skip the CF, in favor of a run in the sunshine, later in the day. However, I ended up going to brunch with a friend I haven't seen in a while (Yay!), who wanted to take a walk. We ended up taking a lengthy walk (5.5mi!) around a really pretty, but hilly, loop.  At some point during this walk, I slid funny on a slippery patch and tweaked my knee. It felt alright at the time, but as the day wore on, it definitely has a bit of a twinge in it.

SO. Rather than get through a run on a tweaked knee (I probably could, it's not excruciating pain or anything) and then maybe aggravate it more and really derail the training plan, I elected to stay off it today. Just took some Ibuprofen and didn't stress it out too much. Tomorrow, I'll CrossFit!

I did take a 5.5 mile walk today, so I at least feel like I did SOMEthing.

Having said that, I have two pieces of wisdom for tonight, that are in response to some recent.... negativity... that has been thrown at me. 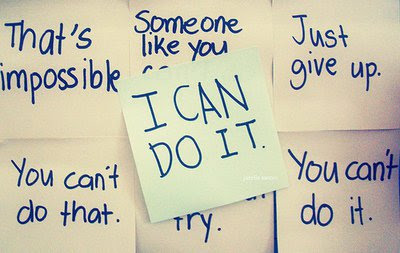 ALSO... an excellent piece of writing, passed onto me by the GT:
(Head's up: Potentially offensive language.)


I can't stand it, I know you planned it
I'm gonna set it straight, this Watergate
Oh my, it's a mirage
Listen all y'all it's sabotage!


Malicious Mike
Mike was the worst training partner I'd ever had. He'd show up late if he showed up at all. He always wanted to quit early. He flapped his gums incessantly. He'd make excuses and punk out on any tough exercise. But that wasn't the worst part. The worst part was his poisonous attitude.
If I got bigger, Mike would make snide comments about me being fat. If I got leaner, he'd make sarcastic remarks about me being "skinny and frail" looking. The thing was, Mike was my buddy, or so I thought. He'd make his noxious comments in a joking manner, just a little ball busting between friends. It took me a while (too long) to realize that ol' Mike had problems, and his "issues" were starting to affect me and my progress in the gym. Mike, you see, was toxic.

Toxic People
The concept of "toxic people" was popularized by Dr. Lillian Glass in her book by the same name. I read the book at the recommendation of Biotest head honcho Tim Patterson. Although it was pretty heavy on "pop" psychology, it was pretty darned interesting.
A toxic person is basically anyone who holds you back, cuts you down, makes you experience any number of negative emotions on a regular basis, and generally causes you to feel like a piece of toilet paper, and not that nice triple-quilted stuff either. A toxic person can be a friend, a co-worker, a family member, and even a girlfriend or spouse.
Dr. Glass outlines 30 different types of toxic people in the book, including The Mental Case, The Fanatic, The Accusing Critic, The Instigator, The Opportunistic User, and the ever popular Smiling Two-Faced Backstabber. No wonder Bossman Patterson recommended the book: the bodybuilding and supplement industry is a breeding ground for these wackjobs!

Enter The Saboteur
After reading the book, I came up with my own category of toxic terror, one that seems to rear his septic head often in the bodybuilding, fitness, and athletic community: The Saboteur.
The Saboteur is out to sabotage your training and diet program. He or she can do this overtly or covertly, and through physical or emotional manipulations. Let's go through some examples:

• A family member cooks you your favorite cheat food and encourages you to "live a little" and give up the diet.
• A friend drops seemingly casual but negative comments about your goals:

"Yeah, you've lost some fat but you ain't exactly Brad Pitt in Fight Club, bro!"
"Sure, you're getting big, but all that muscle will just turn to fat when you get older."
"That's a fast time in the 40 yard dash, but I knew a guy once who was way faster."

• A co-worker knows you're dieting yet keeps offering you junk food. This office saboteur has been known to wave doughnuts in your face in a "joking" manner. He or she may also refer to you as a "health nut" or "fanatic."
• Your spouse tries to talk you out of going to the gym, or make you feel guilty about it:

"Why can't you spend time with me instead of running off to the gym?"
"We're strapped for cash and you spend $50 a month on a stupid gym membership?"
"Why do you go to the gym so often? Are you seeing someone up there?"

Gods and Insects
The Testosterone Nation lifestyle, to me at least, is all about achievement and living a full, engaged life. The foundation of this is hard training and a healthy diet. With that solid base, anything is possible and all aspects of life are enriched. The Saboteurs hate that, and they secretly hate you for doing what they either can't or won't.
"You are a god among insects," Magneto said to Pyro in X-Men, "Never let anyone tell you different." Now, Magneto is a bad guy, but he had a point. The bitter, complacent people out there don't want you to rise above the norm. You're not allowed to be different. Today, "normal" is fat, weak and unhealthy, and their message to you is "Stay in your fucking box!" Given the chance, they'll drag you down and lock you up.
Listen to what people around you are really saying. Spot the Saboteurs, let them know you're on to them and diffuse them. I got rid of Mike. Anyone you know deserve the boot?